Career Advice from Around the World with Vice Dean Giordano (SFS)

The first Wednesday back from Spring Break, the Red House hosted our second virtual Dinner Series of the semester with Vice Dean Mark Giordano. Beloved throughout the SFS for his role as Map of the Modern World Professor, Giordano drew a crowd of student attendees hailing from the SFS who had a variety of questions ranging from Giordano’s life before Georgetown to his vision for the future of the SFS in his new role as Vice Dean.

In his classic down-to-earth and no-nonsense style, Giordano dished out career advice and offered reflections on his time at the USDA, the Sri Lanka-headquartered International Water Management Institute, and now Georgetown. When asked about the pros and cons of these various organizations, he reminded the students “nowhere is perfect,” and that the real factor students should consider in a job is what they can learn there to take to the next one. When the learning stops, it’s time to move on. As for preparing for the “interdisciplinary” careers that many SFSers are after, Giordano recommended developing tangible skills while still being able to think-big and problem-solve.

In a very SFS-esque line of questioning, one student asked Vice Dean Giordano to describe his time living abroad and how someone can prepare for a career or life in another country. Although most students hear about Giordano’s work in Sri Lanka at some point, it turns out he’s actually lived all over the world in different capacities. He described how he moved to Taiwan with a friend on a whim right out of college and had to adapt and learn on the fly while he was there. This was starkly contrasted against his time in Zimbabwe, where his wife worked with the US Agency for International Development. There, he remembers being largely taken care of by the official system and separated from dealing with the reality most Zimbabweans deal with in Harare.Different still was his time in Sri Lanka, where he worked alongside Sri Lankans and scientists from around the world to address water issues. In short, Giordano explained, no two experiences are the same, and rarely can you be truly “prepared” for any of them.

The group also spent some time discussing the University as a whole and areas Giordano would hope to improve or see change in the future. Noting the unique challenges of the pandemic and the necessity of all-hands-on-deck to address those over the past year, the Vice Dean also posited that perhaps some of what we’ve learned from the pandemic can be extended to make Georgetown better for years to come. For example, some large lectures could stay online and student mental health could be prioritized every year. He also ideated a couple potential tweaks and changes to the SFS curriculum, and noted bigger equity challenges that need to be addressed, such as diversity of both the student body and faculty. According to Giordano, we need to closely examine what, how, and who is being taught in all of our classes – work that is already underway across much of the University but still needs to expand.

Overall, it was a great discussion, and the hour flew by before we could really even dive into Giordano’s academic expertise around water. Instead, students signed-off with optimism for the future of Georgetown and career advice from around the world.

Stay tuned for more Dinner Series to come! Students can join the Red House Student Network listserv here to be the first to receive information about signups and stay up to date about all upcoming Red House events. You can also visit our Facebook page for event updates from the Red House.

If you are a faculty member who would like to share your work or join our conversations around contemporary issues in higher education, please email the Red House at redhouse@georgetown.edu.

Warning: Use of undefined constant php - assumed 'php' (this will throw an Error in a future version of PHP) in /home/futuresg/redhouse.georgetown.edu/wp-content/themes/red_house/comments.php on line 1 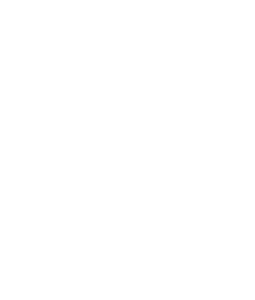